When Robin Meade became chair of the Moraine Valley Community College chapter of Cook County (Ill.) College Teachers Union, she had no idea she was putting her job—teaching business courses as an adjunct—on the line. When she said the college treats adjuncts like "disposable resources," she was sure she was within the bounds of her work as an advocate for better working conditions.

The college disagreed. Two days after her comments, written in a letter to the League for Innovation in the Community College, MVCC's chief of campus police hand-delivered a letter of termination to Meade at her home. Her college email was immediately cut off and locks were changed on the union office at the college. 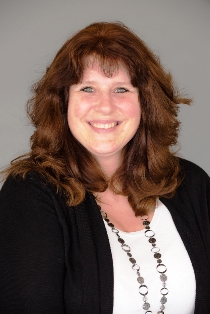 The good news is that when she brought the case to the Illinois Educational Labor Relations Board, it agreed that her letter was "protected union activity" and the college could not terminate her; she was a union leader doing her job.

The board's Sept. 17 ruling requires that the college reinstate Meade as an adjunct faculty member, make up for her loss due to termination and expunge her record. In a victory for all MVCC adjuncts, it also requires the college to publicly post notification that it will not interfere with any employee's right to organize.

Meade was gratified by the decision and is determined to keep fighting as the college appeals. "The college did something wrong, and they should be held accountable," she says. "I'm fairly confident the college will lose on appeal. But if they win by some coincidence, I'll appeal that decision. I will not yield. Too much is at stake for adjuncts and, really, for teachers at all levels."

Meade is also mounting a First Amendment case, and the AFT is filing an amicus brief to support her. "I was fired for speaking out about the conditions affecting the people I was elected to represent," she explains. "Their working conditions affect their performance, which is the success of students, an issue of public concern."

Meade's case is peppered with moments that speak to a disrespect far too familiar to adjuncts on many college campuses. After her termination, she was threatened with charges of criminal trespassing if she set foot on campus. Meade had just connected with her students—her termination came during the first week of classes—and students who texted her with questions about what would happen next were left in the lurch.

All this because she wrote an honest letter of appraisal about adjuncts. Her action was a response to the administration's request for a letter of support to the League for Innovation, a request Meade at first declined. But after the administration rejected two requests to bargain with the union over a change the college had made unilaterally, she decided to send a letter after all—a different sort of letter than the one the college had in mind. Her letter had been approved earlier by the Moraine Valley Adjunct Faculty Organization board.

"Not only is the college not innovative toward adjuncts, the college considers the adjuncts a disposable resource," she wrote. "Adjuncts who have taught innovatively for years are refused classes with no justification. This attitude has created a chilling effect which affects adjunct performance." Meade also noted that the college was cutting adjunct faculty hours and had recently disallowed hourly work, so adjuncts could no longer tutor their students.

Meade continues to fight in part because she believes it is her responsibility, not only to hold the college accountable but also to strengthen union voice. "We live in a democracy," says Meade. "This requires time and effort from all of us. If you belong to a union, you need to do more than pay dues. … Most of us should take a turn at holding office either in the union or [on] a college board or [for a] local office. We all need to appreciate the work it takes to make a democracy work. We've lost that, and we need to get it back."