The presidents of the nation's two largest teachers unions offered a solid shared vision for reauthorization of the Elementary and Secondary Education Act on March 24 at a Washington, D.C., meeting with state policy chiefs and, a day later, in a joint keynote address to a nationwide audience of classroom educators participating in Share My Lesson's third annual virtual conference.

At both meetings, AFT President Randi Weingarten and National Education Association President Lily Eskelsen García emphasized that their unions are on the same page when it comes to convincing Congress to move ESEA (known in its current version as the No Child Left Behind Act) away from its current mania for punitive sanctions and high-stakes tests by returning to the law's original purpose: giving children, particularly those living in low-income communities, the same resources and the same shot at success that wealthier students enjoy. They made their comments at the Council of Chief State School Officers' legislative conference and at Share My Lessons' 2015 Ideas & Innovations Virtual Conference, a three-day online conference that drew more than 8,300 registrants. 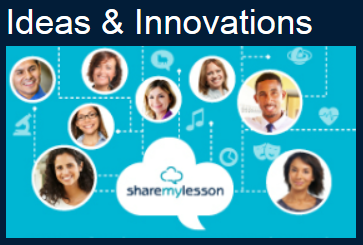 Weingarten told the Share My Lesson audience that the education law has lost its meaning under NCLB. It needs to focus again on the things designed to help students and schools, not the things designed to shame and punish them. It needs to respect testing as a valuable diagnostic tool for educators, and stop bending it to the will of the testing industry and imposing sanctions that steal time, energy and focus in the classroom. And the law needs to stop promoting "accountability that takes everyone off the hook" while putting educators in the crosshairs, she said.

García drove home the need for full and responsible accountability by replacing the current system with one that "includes indicators of equity" when gauging performance. Schools should be evaluated with a system that asks: Where are the enrichment opportunities, the art programs, the paraprofessionals, school specialists and other resources that allow students and staff to do their best? NCLB is "a mess; it's been hurting kids for 12 long years and it has to end," she said. "They've left behind the resources they said we'd be lavished with—and they've left behind common sense."

Congress will recess this week, and it's a perfect time for lawmakers to hear from educators, parents and the community, both leaders said. We need a new ESEA—not the current version, and not a school landscape stalled in Race to the Top rules and NCLB waivers that say, when it comes to major issues in education, "Arne Duncan gets to decide."

AFT members and the public can push hard, quickly and effectively for meaningful change by becoming AFT e-activists.